Facebook has a problem with Jews.  I hate saying that, I hate complaining about things I have no control over, but I too have shortcomings and I have to complain.  They suspended me from commenting for 24 hours because I put forward the following in a comment on someone’s post:

The Jews are ONE people.
They have ONE G-d.
Their ONE capital is Jerusalem.
The heart of Jerusalem is Temple Mount.

To add insult to injury, I see the lie that Israeli Jews are some fake Ashkenazi Zionazi conspiracy all the time.  It’s not even worth fighting it, the hordes repeat it so often.  And I’m not the only one, in face, there’s a quiz about it.  And I hear other Jews complain that their rebuttals get removed from Facebook all the time.

Now I’ve defended Facebook against its detractors for years, because I know they never challenged the core of its business model – the ability to moderate people’s interaction.  In fact that’s an adage: the Internet belongs to those who can moderate it.

Now, was what I said provocative?  Sure why not.  I don’t think it was insulting or hate speech.  But at this point, if Facebook blocks this, I have no idea what else I, or others, could say defending Israel that will get them forcibly removed from the conversation.  Remember they also blocked my Blood Libel pic, a pic that generated two lengthy threads and the ADL deemed important enough to act on.

And if we are to have a discussion on Israel, it means especially Jews need to be free to express their beliefs without fear of being shut down.  Facebook cannot guarantee that, and that means they cannot moderate the discussion.  We need to move the discussion to other channels.

I will also look into a Twitter plugin, since a lot of my discussion has been on there, and has been free of censorship. 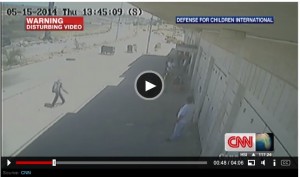 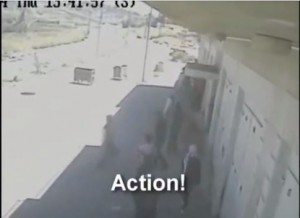 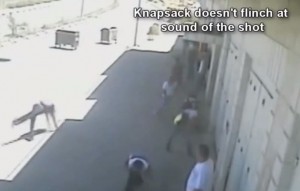 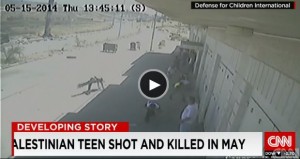 NOTE: I was going to make this part of a larger blog entry “New Rights and Lefts” but at this point it seems like that will be more a book than a blog entry.  Rather, I’d like to make this one instance of how new politics is escaping old paradigms.

But I was just forwarded this video where AP writer Matt Lee quizzes WH Spokeswoman Jen Psaki.  Like the rest of us, he was trying to reconcile Dempsey’s remarks that Israel went to “extraordinary lengths” to protect Gaza civilians with Psaki’s earlier remarks about “appalling casualties”.  To wit: “When you say the Administration is appalled, did you just mean the State Department?”

Now let’s get some things straight, as if I need to.  I voted for Obama, twice.  If anything, I think Obamacare needs to go further.  I think global warming is real and a threat to civilization.  All that being told, this right here encapsulates everything that so quickly disillusioned me about the Obama administration.  This is one of those things that I thought had a priori bipartisan support.  If not being explicitly pro-Israel, at least fact-checking before making official statements on behalf of the President of the United States.

I know a lot of people wonder why so many GOP candidates won last Tuesday, but as a lifelong Democrat who actually talks to the other side, I hope this sheds some light on it.  Obama has certainly been the butt of a lot of vicious attacks and conspiracy theories.  Benghazi has been a rather noxious one.  But when taken as a whole, it reveals a distinct policy difference that more stately likes of McCain can certainly address and exploit.

I, for one, am looking forward to seeing McCain chair the Armed Services Committee. I hope he will elevate so many conspiracy theories (like Benghazi) into needed policy debates. If he shines in that role, he could play kingmaker for the 2016 GOP presidential run.

And if the Democrats want to thwart this advance on the American center, they can’t just fire back with “they cut funding for the VA” or arguments which, while technically valid, miss the point of what voters are looking for.  The presidential election isn’t about pork or benefits.  It’s about a grand overarching policy and vision for America.  When even the Economist is asking “What will America fight for?”, it’s a legitimate and pressing question that Democrats will ignore at their peril.